We learned long ago that architecture can serve as a vehicle for individual and organizational creativity, self-renewal, and regeneration. So while our facility is itself important as a work of art, the human capital that fills the space gives it life and purpose.

To help them realize their dream of building a “signature home” for the visual arts in Mansfield, the Mansfield Fine Arts Guild turned to architect Don Hisaka then practicing in Cleveland. The result: The Mansfield Art Center, a tribute to simplicity of design and materials, intimacy of scale, and a harmonious relationship with the landscape and surroundings.

The Mansfield Art Center, which won a Progressive Architecture National Citation Award in 1971, was recognized by the architectural community as another example of Hisaka’s “unique ability to synthesize the best of disparate influences and deliver tasteful and charming buildings that compliment rather than overwhelm their surroundings.”

The award, just one of the nearly 50 citations for merit with which Hisaka’s work has been honored over the years (including the 1970 Cleveland Arts Prize for Architecture), was truly special to him because of the unique challenges presented by this commission; not the least of which was an incredibly modest budget. Because of the nature of the building as an art center, architect Don Hisaka felt that, given the site, the programmatic content of the structure could be extended visually so the building itself could become a piece of art. 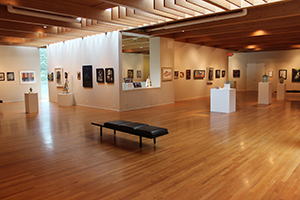 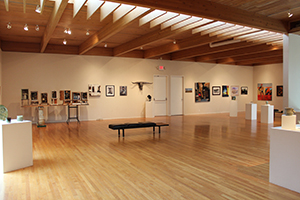