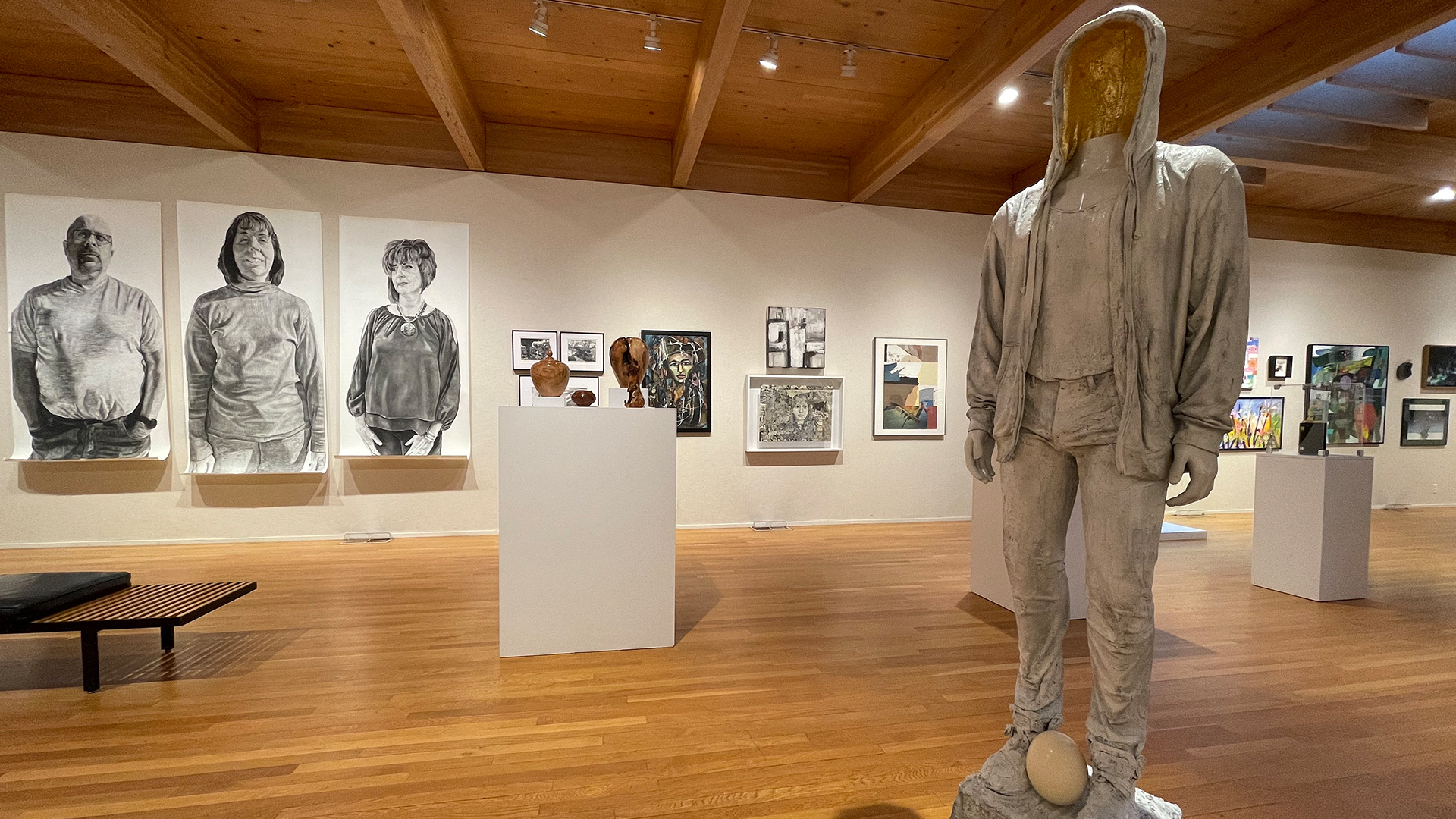 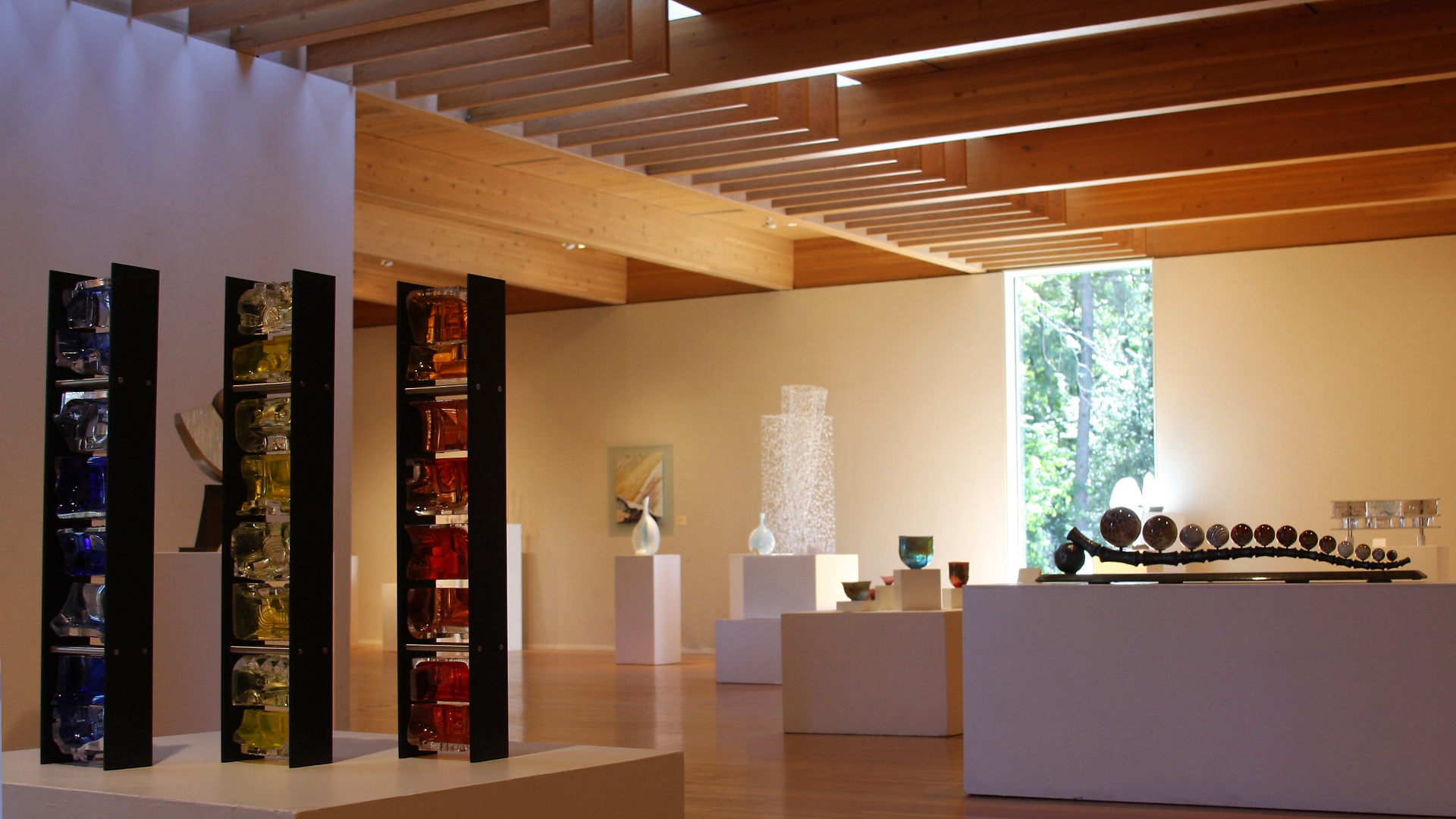 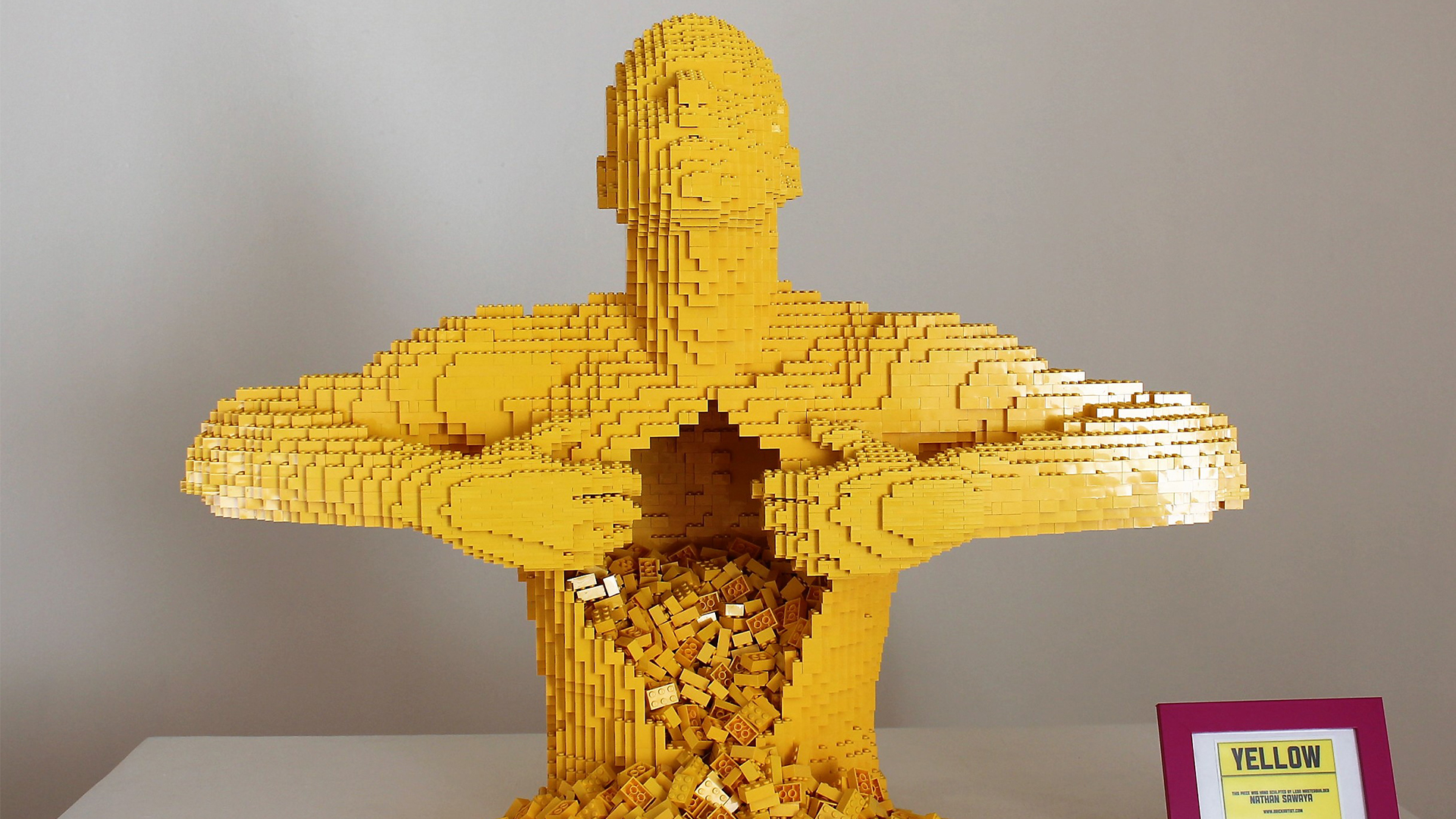 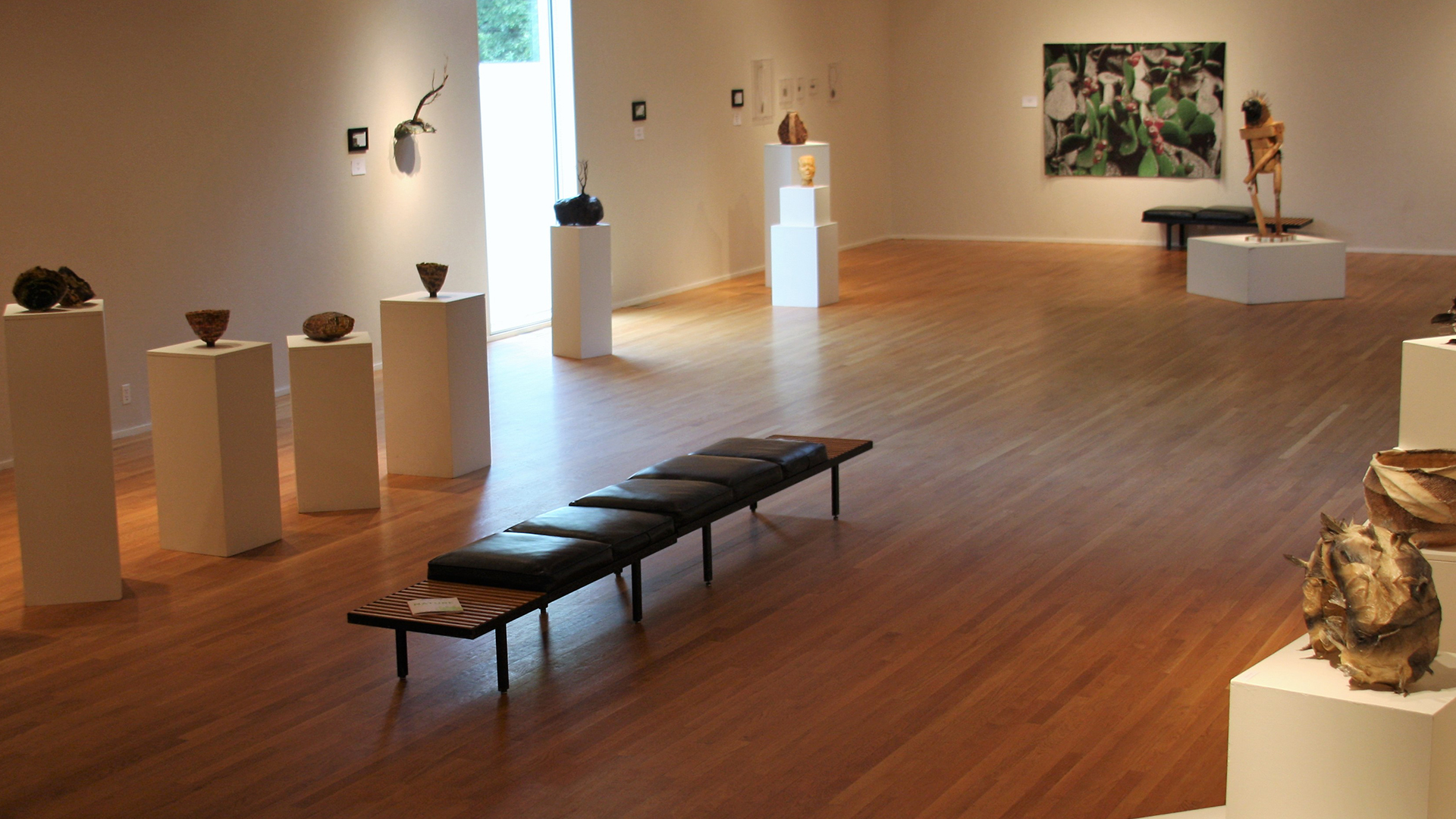 In Between Everywhere is an exhibition designed to highlight and showcase the works of 42 central Ohio artists. These artists produce artwork in a variety of mediums and styles chosen for consistency of vision and quality of work.

This exhibition presents the most comprehensive overview of Daniel Ferlan’s career to date. Showcasing artwork from 1999 to present, it comprises 75+ pieces specifically choreographed into eras of his work. This visual timeline can be compared to a gigantic story book that enchants and immerses the viewer into Ferlan’s reinvented folklore-like tales. This mass display of work comprises an implosion of bold-lined, textured paintings to an appealing contrast of newer works that entail intricate, miniature characters placed strategically in Dutch-like landscapes. Hauntingly beautiful creatures, blooming lands of color, and personal symbolic relics all loosely imply various art historical references, naturally formed within the artist’s psyche. Despite Ferlan’s work being highly introspective, the works are still able to be digested by any spectator, no matter what filter is applied.

The 75 Annual May Show

The 75th Annual May Show, is a jurried exhibition showcasing the talent of Ohio artists in a variety of media.  Guest Juror, Dr. Andy Hudson, is a retired OSU medical educator, an established artist/maker, glass blower, and a renowned art collector. He selected 121 pieces from 76 artists to form this striking exhibition.