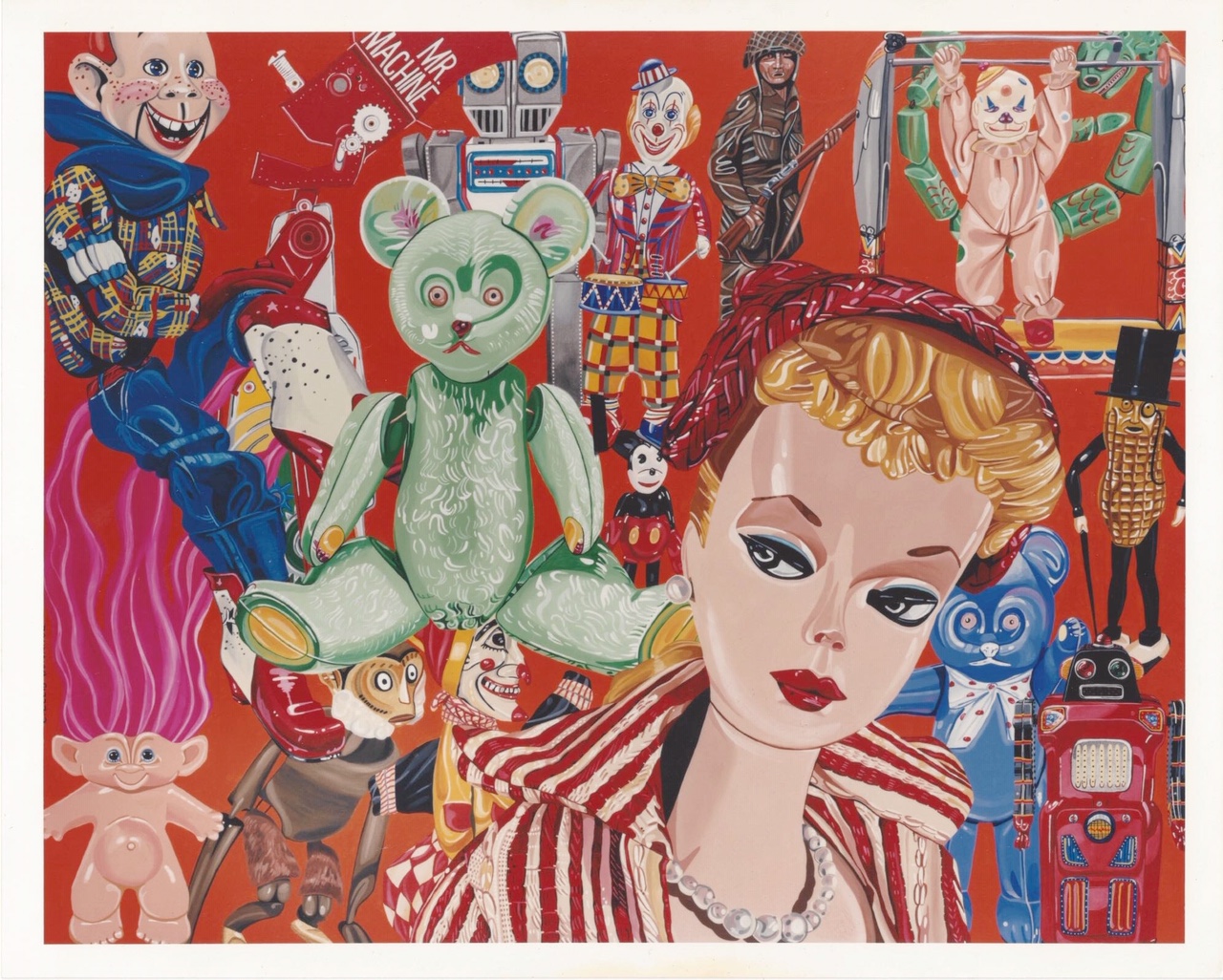 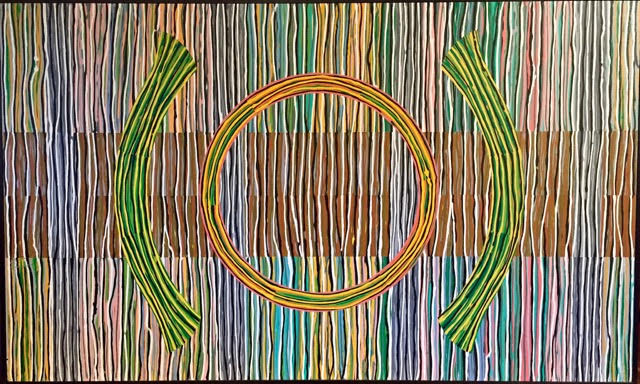 Signifying Nothing, I – Richard Donahue

“Scary Toys, Beasts, Bugs, and Jugs” is a provocative name for a provocative show kicking off the 2019 schedule at the Mansfield Art Center.The exhibition, which runs Jan. 19 – Feb. 24, features paintings by a Cleveland area couple — Christine Ellis Donahue and Richard Donahue. The exhibit also will include pieces from Richard Donahue’s folk art jug collection.

Christine Donahue’s work reflects a lifetime of artistic inspiration.“Looking back, it’s obvious that my work has been significantly influenced by my admiration of children’s book illustrators, the pop art movement and Georgia O’Keefe,” she said.Among her early influences were children’s book authors Richard Scary, Eloise Wilkin, Garth Williams and Charley Harper. Later in life, she found delight in the “in-your-face” attitude of the pop art movement. She was inspired by the likes of Tom Wesselman, Wayne Thiebaud, and Peter Max. Christine Donahue later became intrigued with the intimate and subtle yet exciting and provocative details of O’Keefe’s work.

Richard Donahue’s innovative paintings harken back to his training as a printmaker. Among the tools he uses are rubber squeegees, drywall knives and squirt bottles.“I had cases of plastic honey bear bottles because a friend owned a factory that produced them,” he said. A Cleveland manufacturer produces Richard Donahue’s paints to specifications. He describes them as “much-thickened latex paint with oversaturated pigment — basically house paint on steroids.”

The Light of Freedom | Karen Hampton

Fiber artist Karen Hampton will present a tapestry of African-American life in the Mansfield Art Center Foundation Gallery. “The Light of Freedom — Stories of African-American Threads of My Family, Their Journey Towards Freedom and the Abolitionists” runs Jan. 19 – Feb. 24. The exhibit features work from Hampton’s Abolitionists series and pieces she refers to as Historical Narratives.

Hampton described her work and artistic approach. “As an artist of color, I have made a lifelong commitment to creating artwork that responds to the lives of my ancestors,” she wrote. “My lens is anthropology and I study my own genealogy. I travel in my ancestors footsteps, I walk the roads where they lived, explored the plantations where they were enslaved, I am the storyteller. As their medium I provide a vehicle for my ancestors’ spirits to transcend history and remain as historical memory. My medium is cloth — whether digitally printed, hand woven, or aged linens — pieces are imbued with the hopes and visions of African-American lives, telling their stories from a maternal perspective.”

Hampton was born in 1958 in Los Angeles, where she continues to live and work. 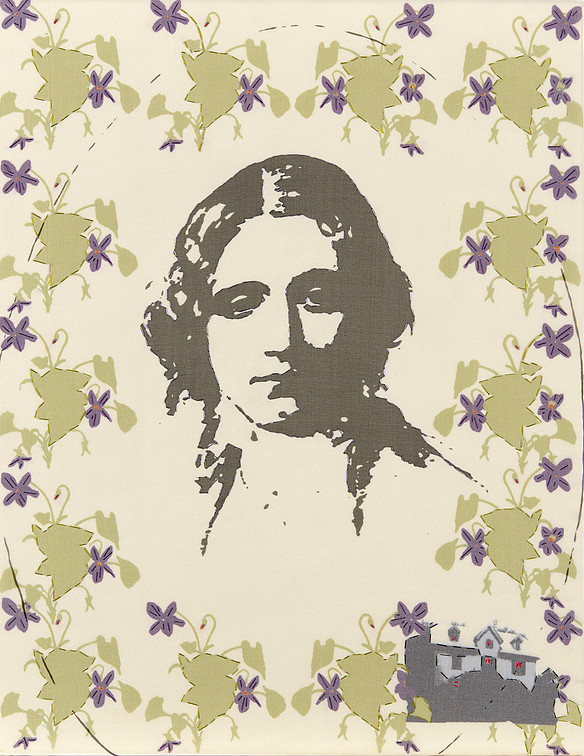